When I discovered I was pregnant with a little girl, I couldn’t be more thrilled. I am your classic girly-girl and the idea of dressing my daughter in bows and everything pink was an exciting thought. I spent the next couple of months planning and getting everything ready for her arrival. However, due to circumstances outside of my control, this fun and exciting time turned gloomy and sad. I was now going through a divorce and diagnosed with Hyperemesis Gravidarum (severe nausea and vomiting during pregnancy). In a sense I was starting my life over and at the same time being sick every day. When I delivered my sweet little girl, I weighed twelve pounds less than I did when I found out I was pregnant. Laney Kate was born a healthy eight pounds and six ounces. Initially, she had some feeding issues, reflux, and colic but eventually grew out of these small setbacks. My daughter and I enjoyed life as she met every milestone and developed appropriately.

However, when she was fifteen months old, this freedom from sickness and problems came to a screeching halt. While watching a baby monitor, I saw Laney have what appeared to be a seizure. I rushed her to the emergency department and was sent home with reassurance that everything was okay. My motherly instinct knew otherwise, and I made an appointment with her pediatrician the next morning. This appointment led to several tests that revealed she did indeed have a seizure due to an ischemic stroke found on an MRI of the head. Cardiac echo also showed severely dilated cardiomyopathy or enlarged heart. 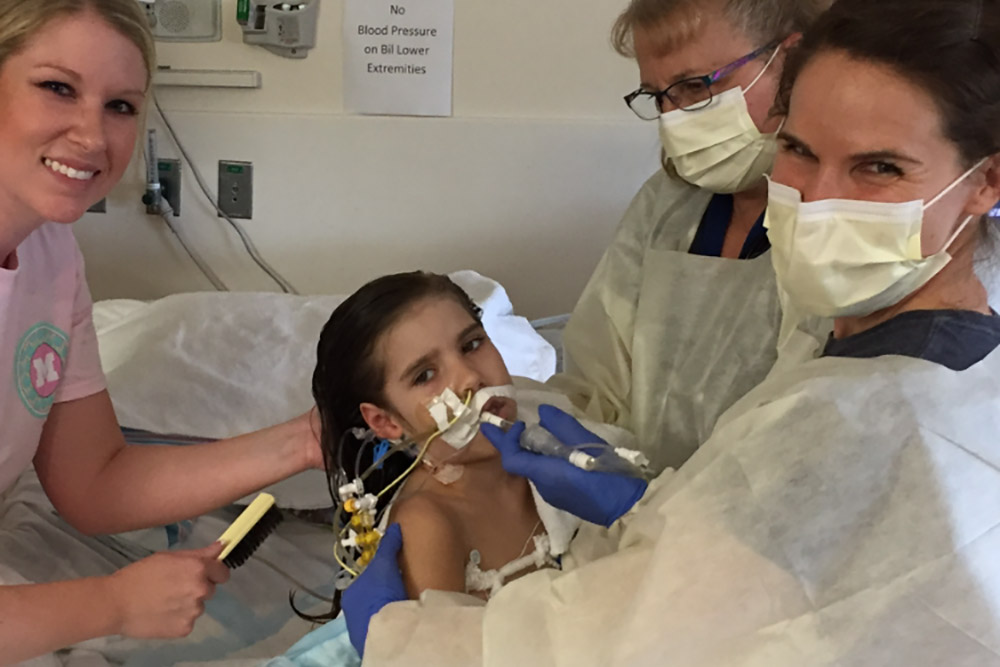 We were admitted to the ICU at a hospital near our home in Kentucky. Elevated blood pressures initially were felt to be poor readings due to Laney’s age and mere stress from being in the hospital. Given this persistent hypertension, a CT scan was ordered and diagnosed Laney with midaortic syndrome and renal vascular hypertension in May of 2013. All major hospitals in surrounding states were notified of Laney’s condition but declined care due to the rarity of this disease. Days later, her hospital team discovered that a large, multidisciplinary medical center two states north of us had experience with her disease. We were quickly flown there and began care with this center of excellence.

Overwhelming fear and sadness swept over myself and my family. Not only did I have to come to grips with my daughter having a rare disease, but Laney was in pain from her symptoms, multiple IVs, blood draws, and tests. It wasn’t long after our arrival that her disease, invisible when looking at her, began to make its appearance. She swelled up to almost twice her normal size and began to quickly decline. In June, Laney underwent an eight hour surgery with transposition and revascularization of her aorta and major arteries. A left nephrectomy was also required due to the severe narrowing of her renal artery. A grueling recovery followed and continued once we returned home to Kentucky. Laney was placed on multiple antihypertensives with very poor control.

She showed no deficits from her stroke and was able to return to some normal activities. But following a suspected viral infection, elevated creatinine and severe uncontrolled hypertension, she was again transferred back to the center of excellence north of us. This was four months after her first surgery. Laney’s complicated course and decline resulted in emergent surgery as soon as we arrived. Her aorta had a total occlusion, causing part of her bowel to die. And another stroke was found in the same area of her brain as before. This second eight hour procedure restored blood flow but resulted in an ileostomy bag and a large bed sore. Laney was intubated for weeks, required hemodialysis, and almost died more than once. Eight weeks later we returned home for another long and unknown recovery. 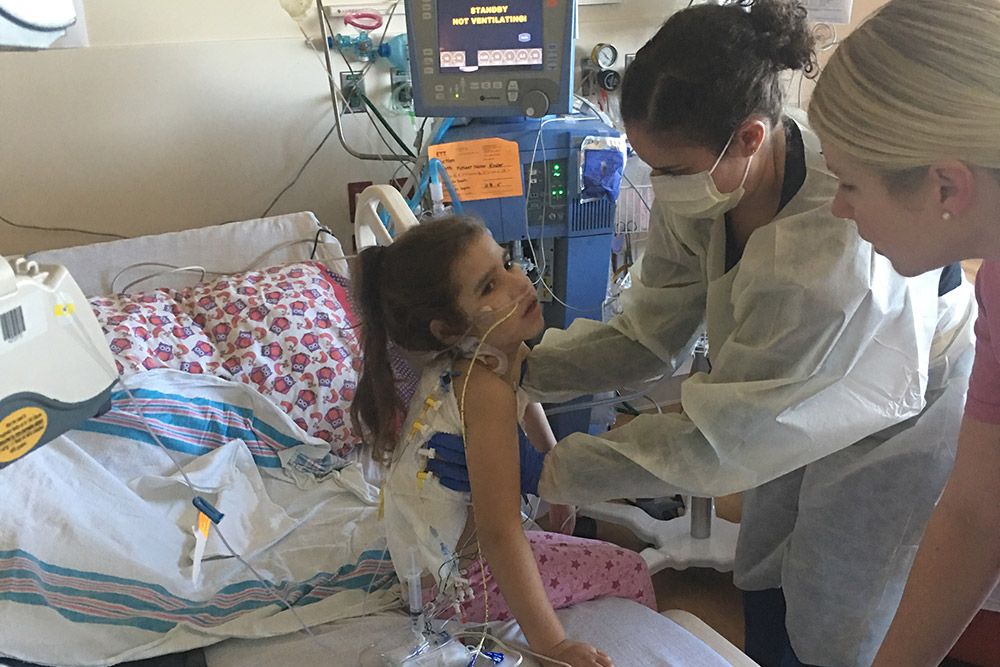 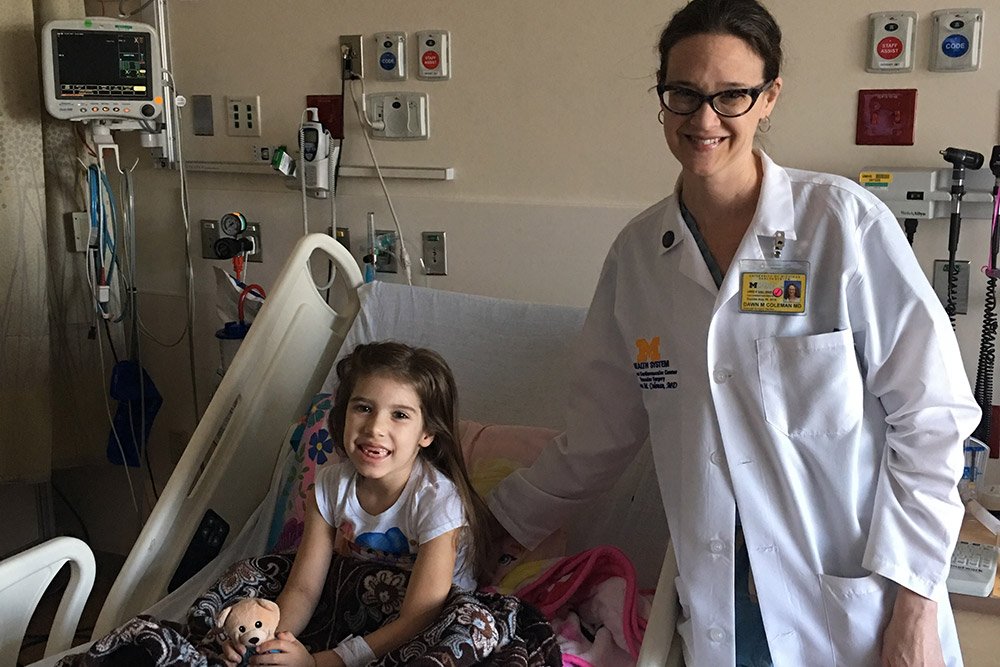 The next few months we continued to battle hypertension and Laney required blood thinning injections daily. Our medical team in both states watched her closely. Her creatinine and blood pressures began trending upward once again.

In April of 2014, we found ourselves back at the large hospital north of us for a third time. Laney and I were at our breaking point. I remember the intense grief and pain to be back at square one. The doctors were at a loss and Laney was described by her surgeon as a zebra in a field of cows and horses. This description perfectly explains how rare her diagnosis is! After much thought and deliberation, a team of interventional doctors placed a stent in Laney’s narrowed aorta by going through her brachial artery. This small but profound procedure gave Laney three good years to experience life as a normal little girl. She danced in recitals, graduated preschool, and even received a wish from the Make a Wish Foundation. This time gave her body an opportunity to grow and make future complicated surgery much easier. 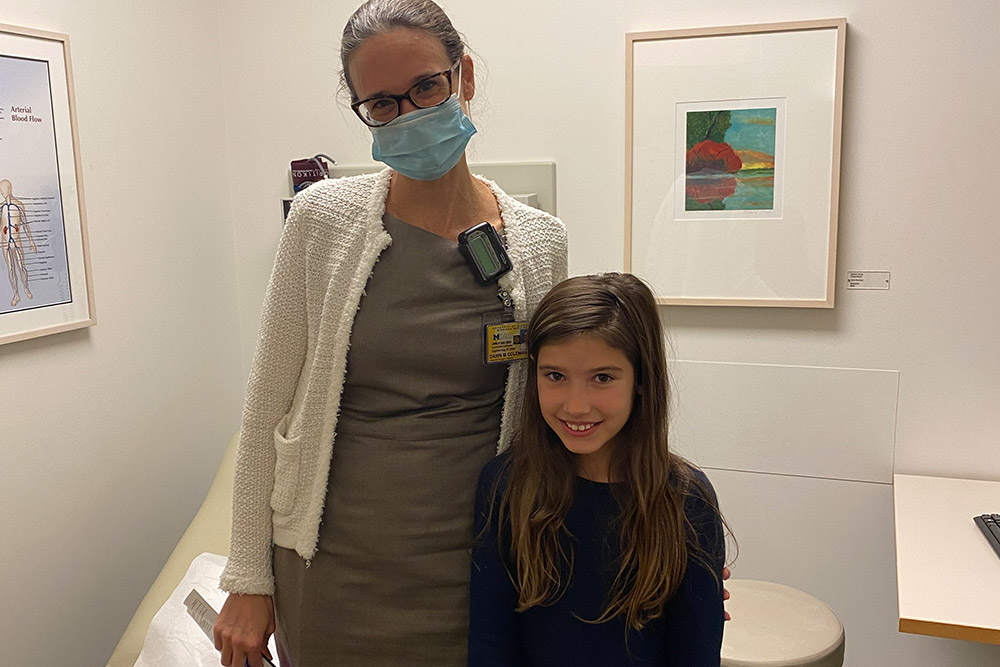 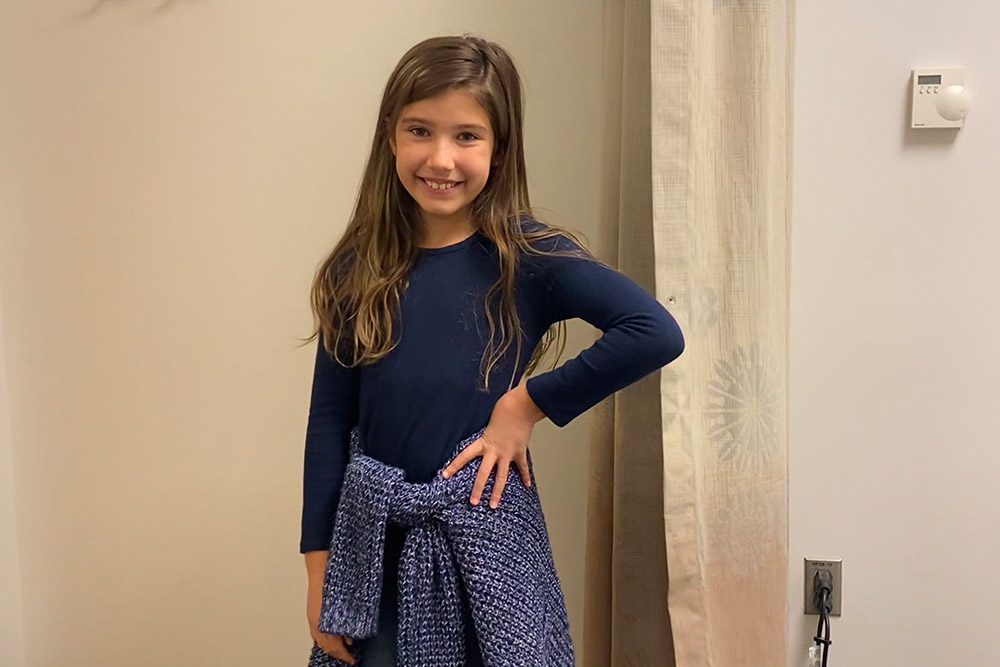 Thankfully she was now only taking one antihypertensive and a baby aspirin. Almost exactly one year later in April 2018 the surgeons reversed her ileostomy bag and closed the book on this chapter in our lives.

Although the future is unknown, we have trust in the Lord and our team of doctors who closely monitor Laney annually. We continue to check blood pressures, set medication alarms, and worry about things that perhaps other nine-year-old girls and their mothers don’t, but we remain thankful and blessed to be where we are today. Laney hardly remembers anything from her past hospital stays and surgeries.

Looking at her now you would never know what she endured. She has no deficits or any developmental delays. From this experience she has gained a fighting spirit. She enjoys playing with her little brother, beach vacations, acrobats, and being a third grade student. I am very proud to be her mother and can’t wait to watch her grow and excel in life. 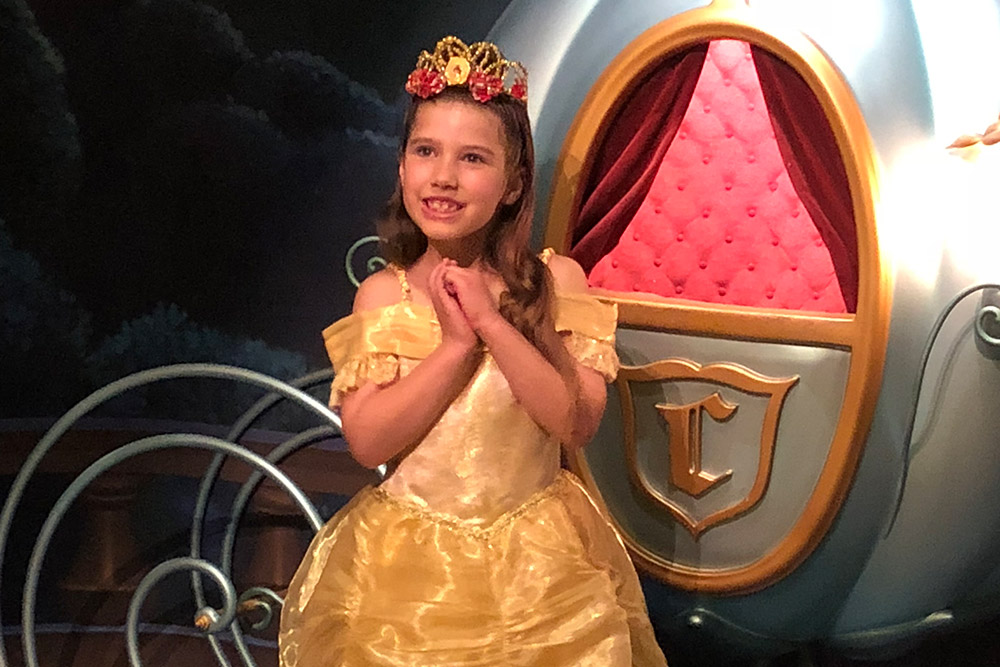 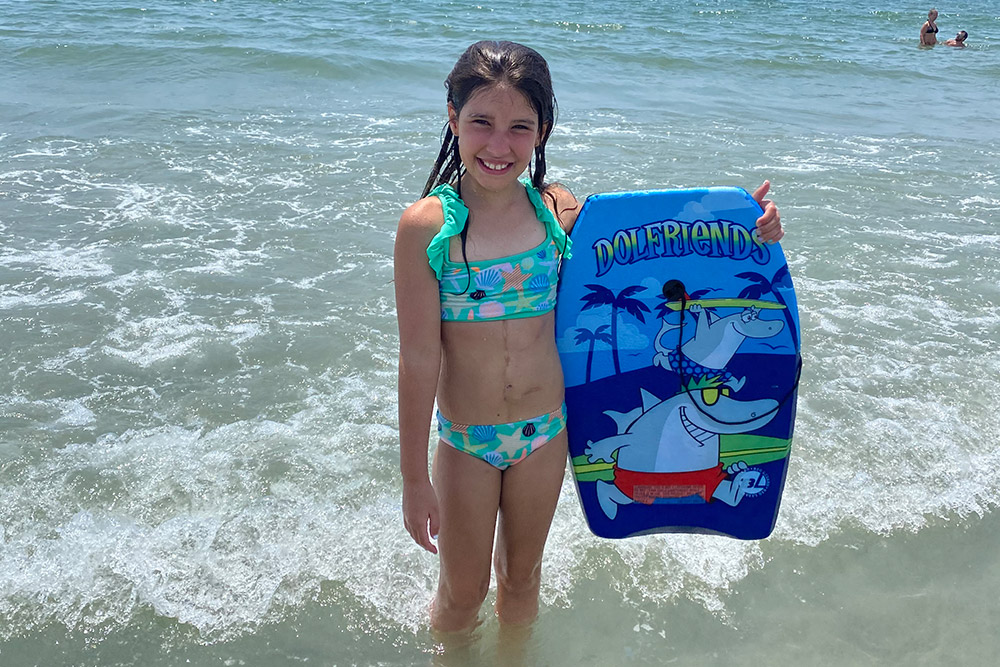