By Jackie Grubb, as told to Dan Meisler

By Jackie Grubb, as told to Dan Meisler

Clinicians near his home in Kansas initially thought the blood pressure monitor was malfunctioning when the readings for four-year-old Cameron Allen Grubb came in extremely high. Cameron had been suffering headaches and other strange symptoms, and was having his vital signs taken before a brain MRI scan that was requested by his mother to explore the cause.

In fact, the nurses tried three different blood pressure machines before they found a pediatric manual cuff to ensure a correct reading. Cameron, an energetic and athletic boy who loves football, was immediately taken to the pediatric ICU after the MRI, which had revealed a narrowing of his descending abdominal aorta. He was there for nine days to try to control and bring down his dangerously high blood pressure, but was released without a definitive diagnosis.

Cardiologists who were consulted for Cameron’s care at the time suggested a heart catheterization, but Jackie, a nurse herself, did not think this was a good idea. 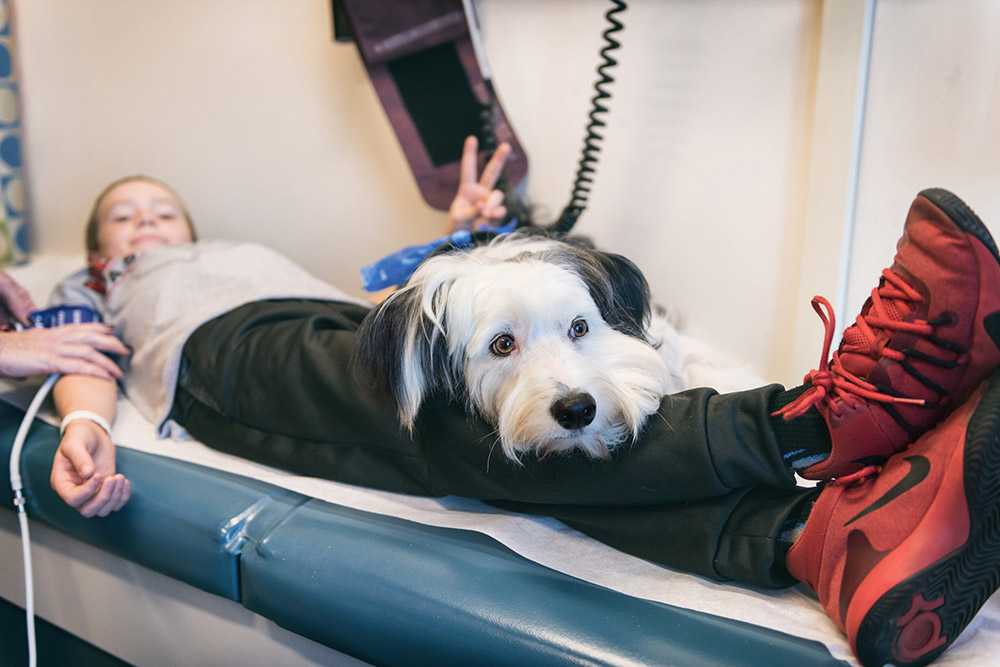 “My gut told me not to do it, and I started searching immediately for physicians who specialized in a few different conditions that (doctors) had mentioned,” she said. “The one that stuck in my head was Midaortic Syndrome (MAS). I discovered a scan of another child on the internet shown in a New England Journal of Medicine research study on MAS that looked much like Cameron’s scan.”

So she “hunted down” the doctors cited in that study and found them at a large, multidisciplinary children’s hospital in New England. She also searched another doctor that was mentioned at a hospital in the upper Midwest. A doctor at the hospital in New England replied urgently with a direct phone call. He said that Cameron should be back in the PICU, and ideally flown to New England for treatment there immediately.

Cameron and Jackie went back to the PICU in Kansas and were emergently flown to New England five days later, where Cameron was chosen as the fourth patient ever to receive the tissue expander stimulated lengthening of the arteries (TESLA), a three-staged procedure to repair Cameron’s blood vessels. 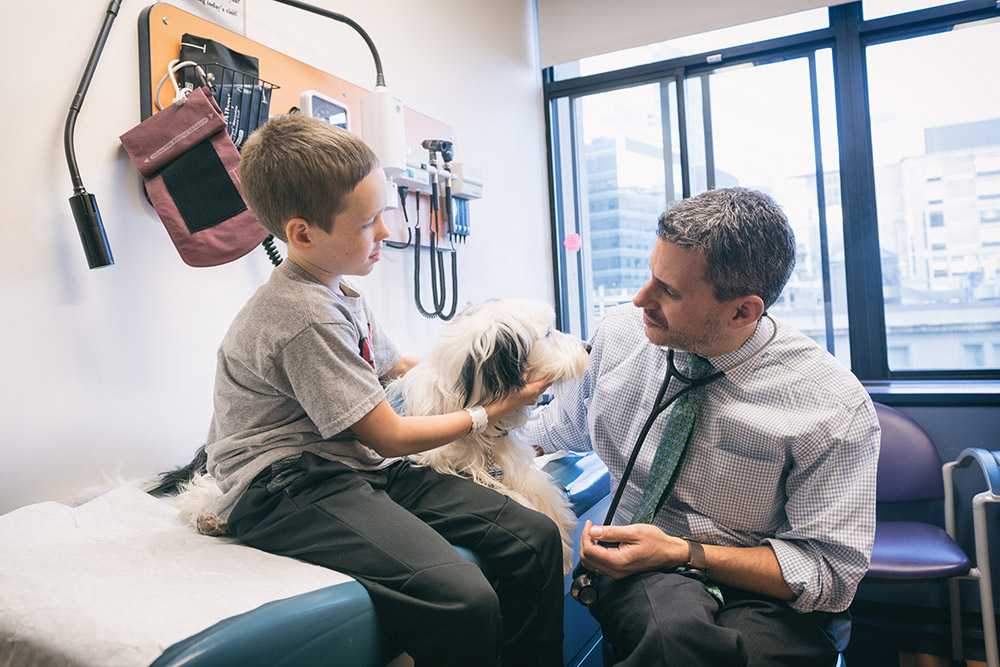 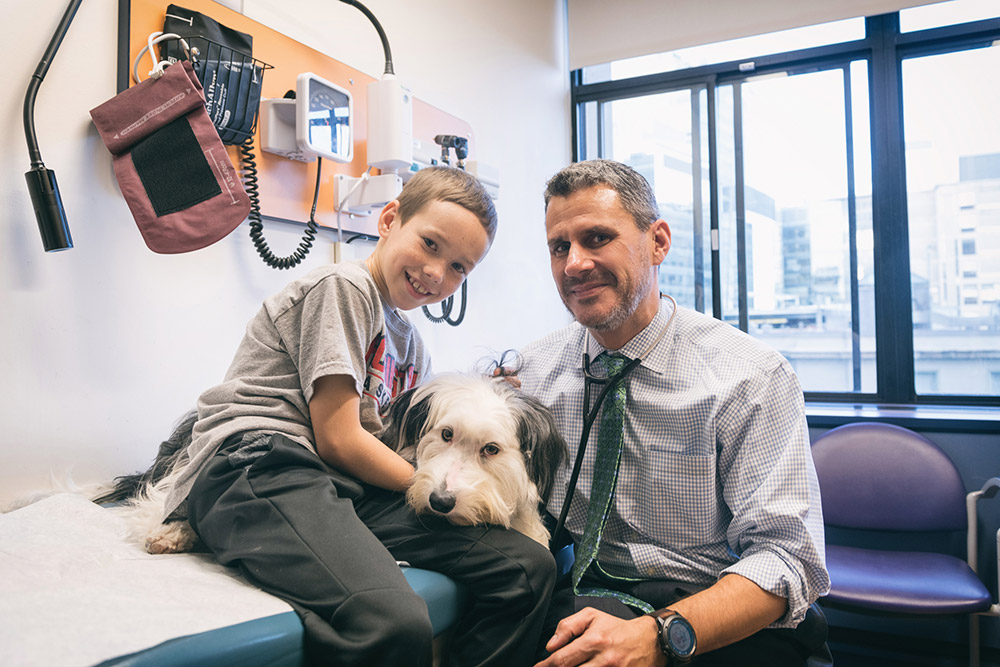 In the midst of the aortic repair surgery and Tissue Expander removal, however, Cameron suffered a damaged aorta and underwent an aortic graft using artificial blood vessels. The lengthening of the aorta was successful so they decided to proceed by using an aortic graft larger in diameter than what was typically previously used in a child of Cameron’s size. With a larger diameter within the grafted vessel, his surgeons hoped that it would not need to be replaced as he grew and another high risk operation could be avoided for Cameron and other future MAS children. Part of the procedure included replacing both of Cameron’s narrowed renal arteries using artificial grafts on both arteries leading into his kidneys. These grafts were placed emergently due to the unexpected rupture of his aorta.

After a long and arduous recovery, Cameron went home to Kansas and returned to his preschool class, where his teachers and classmates assisted in his recovery. Eight months later, during the following summer, Cameron was well enough to attend the USA Men’s Basketball U19 game against Team Canada on a family adventure trip. Many of his favorite players from the University of Kansas were part of the team. But, soon after arriving home, only hours after happily dancing on the sidelines with the Jayhawk mascots, the renal artery grafts clotted and his life hung by a thread. He was taken to a small local hospital where he was misdiagnosed, as is quite common with Midaortic Syndrome and Renovascular Hypertension in young children, causing his condition to rapidly worsen, requiring an emergency flight to a larger city in critical condition.

“I watched him clutching his side as he ran around, screaming in pain and vomiting up foam. I placed him on the couch to go get his older sister for help. Moments later, I returned to find him unconscious and unresponsive, in his vomit, gray and cold, on my living room floor,” Jackie recalls. “He was misdiagnosed with strep throat and the flu in the local Emergency Department. Unfortunately, his kidneys were failing and the scans were misread.”

Cameron’s vital organs continued to shut down and he entered congestive heart failure. He was put on life support. About a week later, after a frustrating back-and-forth with local doctors, Cameron and Jackie flew back to the center of excellence in New England for what was very much a “desperate last-ditch effort,” Jackie said.

“They said he would die in-flight, but I felt it was best to choose to die with the people that loved him most, the team I trusted the most, and where he had the greatest chance of survival, so I chose to remove him from the machines, all except the breathing machine, and fly him to his New England team,” she said.

When he got there, Cameron underwent another special procedure placing a clot busting medication into his arteries to dissolve the clots and open the arteries to restore blood flow to his kidneys. He received permanent kidney damage but his kidney function was strong enough to help him survive. He was sent home again to regain his strength for the next surgery, and all the while he was given blood thinner shots twice a day by his parents to prevent another clot forming in his grafts. Cameron returned to New England in January of 2016 for a bilateral Kidney Autotransplant. This involved removing the grafted renal arteries and moving his own kidneys lower in his abdomen where they could be reattached to an undamaged area of artery to allow blood to flow more easily to them, eliminating the risk of clotting. This surgery was also a very difficult recovery and presented more complications that Cameron had to overcome, but once he did, his health improved by leaps and bounds. 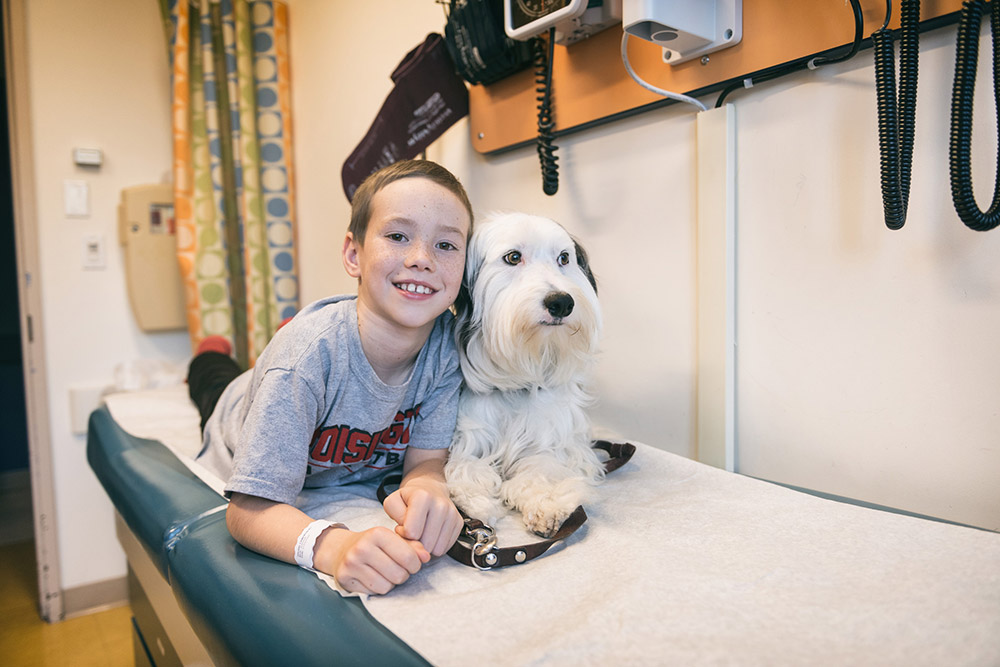 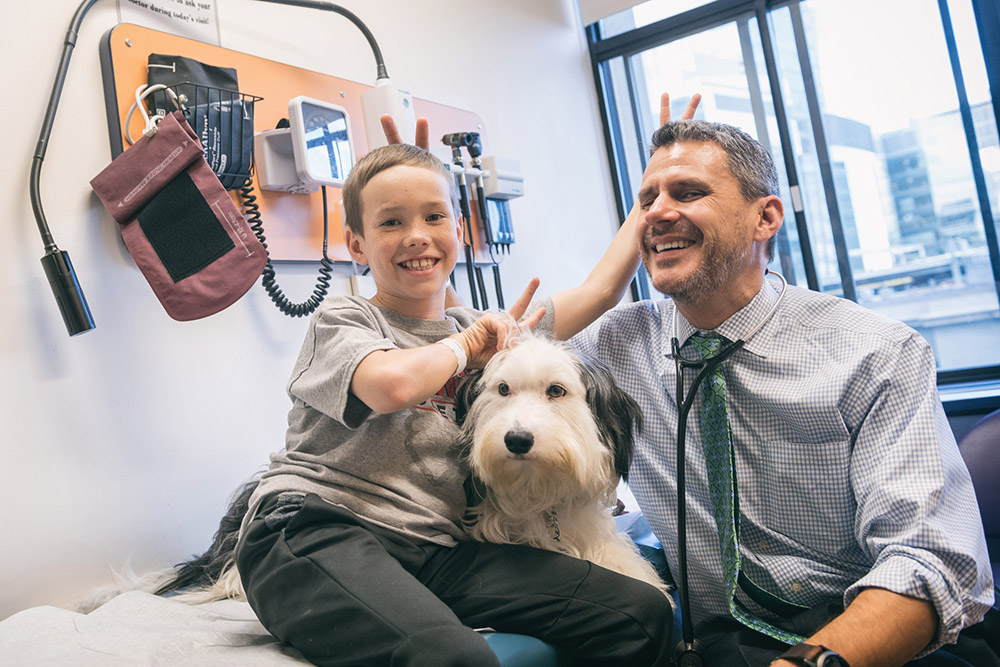 “He was 4 when diagnosed and is 11 years old today (2021). We were so thankful when he turned 5 years old! His blood pressures are controlled without medication. He even tends to run on the low side now (possibly a result of the larger diameter of the graft). He is growing and doing well.

We believe Cameron had an anoxic brain injury while on life support. When we got home my son was not the same little boy we had known for the first four years of his life. He has challenges and learning disabilities that we feel are under-recognized, but he still has his incredible willpower to live and to win. He loves sports and has an uncanny talent to pick up a sport with ease despite his challenges in other areas. He loves to help other kids when he sees that they struggle and will always send them the ball to score, cheering them on. We are so blessed to have finally moved out of ‘survival mode’ into ‘quality of life mode’ and we are making the best out of each day we are given.

Last year, they placed him on the pitcher’s mound after a year old promise by his coach… he spent the previous season asking to be given a shot to throw a pitch. Cam is on an older team with his big brothers. He was the youngest kid. He shockingly threw strikes, surprising everyone watching and the team went undefeated in their season. He would be taken out just to give the other team a shot to play and get hits.

Cameron loves football the most. He probably won’t be allowed to play, but he is quick and agile. He also has medical alert service dogs named Kewpie and Clyde. He got his first skateboard this year and rides it like he always had one.

Cameron cherishes his friends and spends lots of time playing them in Madden. His favorite jersey number is #11. He was born on Veterans Day, 11-11, the day to celebrate warriors.”